Heatin’ things up in the kitchen

As many of my readers will know, I am an “eater outer” not a “cooker inner.” I love going to new restaurants, trying crazy dishes, salivating over tasting menus and letting someone else clean up. However, since going on (yet another) diet, I’ve found that dining out really eats into those allotted calories. 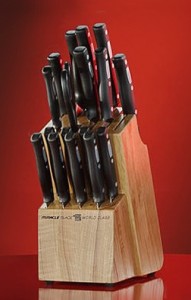 So, I’ve been trying my hand at “home chef,” and I’ve got to say, I’m loving it! I bought a new set of amazingly sharp MB World Class knives (which make chopping so much fun), and have been scouring the internet for recipes.

Now, it’s not all fun and games. As most single ladies will attest to, it’s really hard to cook for one. All the recipes out there are for 4, 6, 8 people (very few are even for two). So, I’ve had to get a little creative with the recipes I find, and trust my gut (and the hours of Food Network I watch).  On top of the creative-math, I’m also trying to be healthy and make substitutions that won’t hurt the flavor. It’s definitely a lot trial and error,  but so far everything I’ve attempted has been not only edible, but pretty darn delicious.

Tonight, I tired a recipe from Pillsbury.com: Baked Beef Burritos. In a word: amaze-a-licious. It was ooey-gooey, beefy perfection. The regular recipe can be found here: BakeBeef Burritos (created by Becky Fuller for the 2002 Bake Off Contest 40) .

And here’s how I changed it, since there’s only me to eat it, I hate/abhor/detest beans,  happened to have some frozen filet mignon in the freezer and wanted to try and shave off a few calories!

I Can’t Believe It’s Not Butter spray instead of butter
2 TBS water
1/3  package of taco seasoning
5 oz filet mignon (this recipe is so great, I think you could actually use any cut of beef – even ground)
NO BEANS
Four 6 inch tortillas (next time though, I’d use 2 10 inch tortillas)
1 and 1/4 cup of Mexican shredded cheese (no cheddar)
2 green onions
1/2 cup diced tomatoes (that’s new!)
3/4 can red enchilada sauce

Step 1: Same as the original – preheat oven to 450 degrees

Step 2: I diced my steak (vs. thin strips). Then I combined  6 sprays of the I Can’t Believe It’s Not Butter spray with the water in a pan,  mixed in the taco seasoning,  and then added the steak. I like my steak mooing – so I only sauteed for about 3 minutes.

Step 3: Since I don’t like beans, I spread a little bit of the red enchilada sauce into the tortilla in place of the refried beans. Then, just like the original recipe, I topped with a spoonful of the steak, then some green onions, then some of the diced tomatoes, and then a little bit of the cheese. Then I rolled up the burrito (rolling in the two sides, the folding over the other two sides) and then placed into a 9X9 baking dish. I did this four times until my steak was gone. Once in the baking dish, I spooned some of the enchilada sauce over each mini burrito, and topped with the remaining cheese.

Step 4: Just like the original recipe, I cooked the burritos in the oven, uncovered for 10 minutes.

But I wasn’t finished yet… What is a burrito without a side of that amazing rice? I looked through a lot of recipes for Mexican rice, but since I didn’t really prepare for the side of rice (only the burritos) I was missing a lot of ingredients. A few things all the recipes seemed to have in common were chicken stock, tomato sauce, green peppers (which I also hate) and garlic.  And then: “Light Bulb” (said like Gru from Despicable Me). I had a package of Uncle Ben’s Ready Rice “Roasted Chicken” flavor (they also have a Spanish Rice flavor which would have been perfect.) I heated the rice up in the microwave for 90 seconds (as directed), and then tossed it into the pan where I’d cooked my beef (including the yummy little sauce that was leftover in the pan). I stir-fried it up with the remaining tomatoes and green onions, and what was leftover of the red enchilada sauce -and voila! Mexican inspired rice!

I only ended up eating only 2 of the mini burritos, and about half of the rice, making the whole meal only 650 calories, and I’m STUFFED. Guess that’s lunch tomorrow! 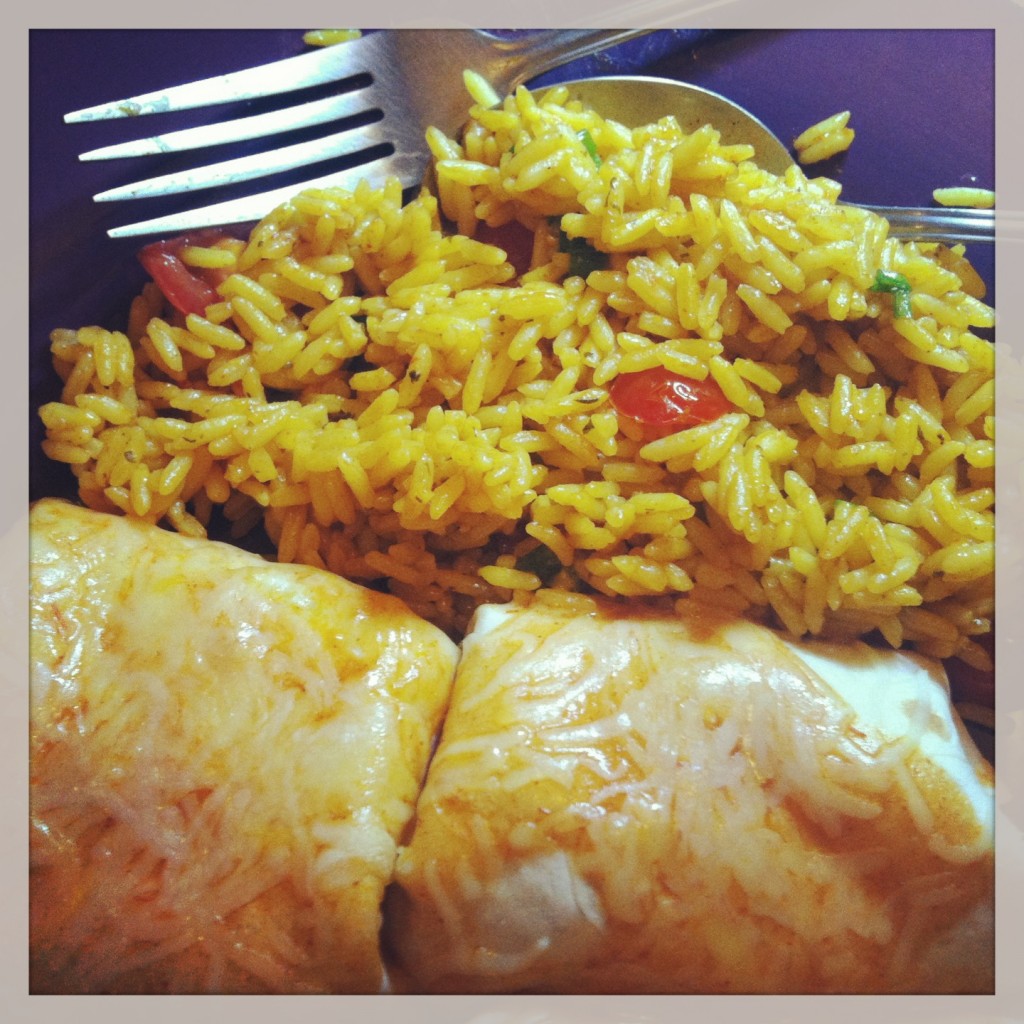 This entry was posted in cooking. Bookmark the permalink.

1 Response to Heatin’ things up in the kitchen